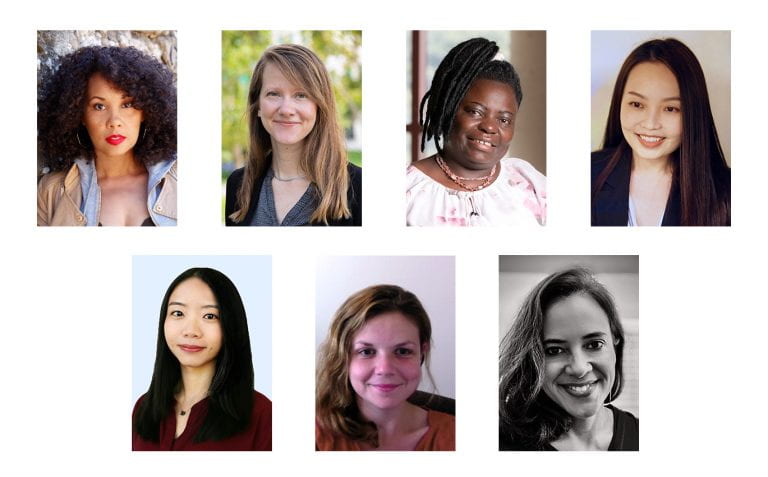 Irvine, Calif., July 8, 2022 — Seven assistant professors at UCI will receive Hellman Fellowships, which are bestowed annually to support research by junior faculty. They join an elite group of 70 UCI Hellman Fellows since 2013, when the Hellman Fellows Fund established the program here.

The program began in 1995 at UC Berkeley and UC San Diego and has since expanded organically to all UC institutions. In 2020, after 25 years of funding the program, the Hellman family generously established an endowment to allow the program to continue in perpetuity across UC’s 10 campuses.

The 2022-23 awardees, representing a cross-section of disciplines, are:

“UCI is committed to fostering cutting edge research that positively impacts our local and global community,” said Diane O’Dowd, vice provost for academic personnel and professor of developmental & cell biology. “We are pleased to announce the newest cohort of Hellman Fellows, seven outstanding junior faculty, innovative leaders in a broad array of disciplines. We are grateful to the Hellman Fellows Fund for its generosity and commitment to help early-career scholars advance their research.”

Chris and Warren Hellman began providing early-career funding to junior faculty at UC campuses and four private institutions in 1994. Since then, more than 1,900 individuals have been recipients. The grants may be used for such research purposes as equipment, travel, photography and graduate assistants. The purpose of the program is to support the research of promising assistant professors who show capacity for great distinction in their research. Funds awarded are intended as one-time support for activities that will enhance the individual’s progress towards tenure.

About the University of California, Irvine: Founded in 1965, UCI is a member of the prestigious Association of American Universities and is ranked among the nation’s top 10 public universities by U.S. News & World Report. The campus has produced five Nobel laureates and is known for its academic achievement, premier research, innovation and anteater mascot. Led by Chancellor Howard Gillman, UCI has more than 36,000 students and offers 224 degree programs. It’s located in one of the world’s safest and most economically vibrant communities and is Orange County’s second-largest employer, contributing $7 billion annually to the local economy and $8 billion statewide. For more on UCI, visit www.uci.edu.