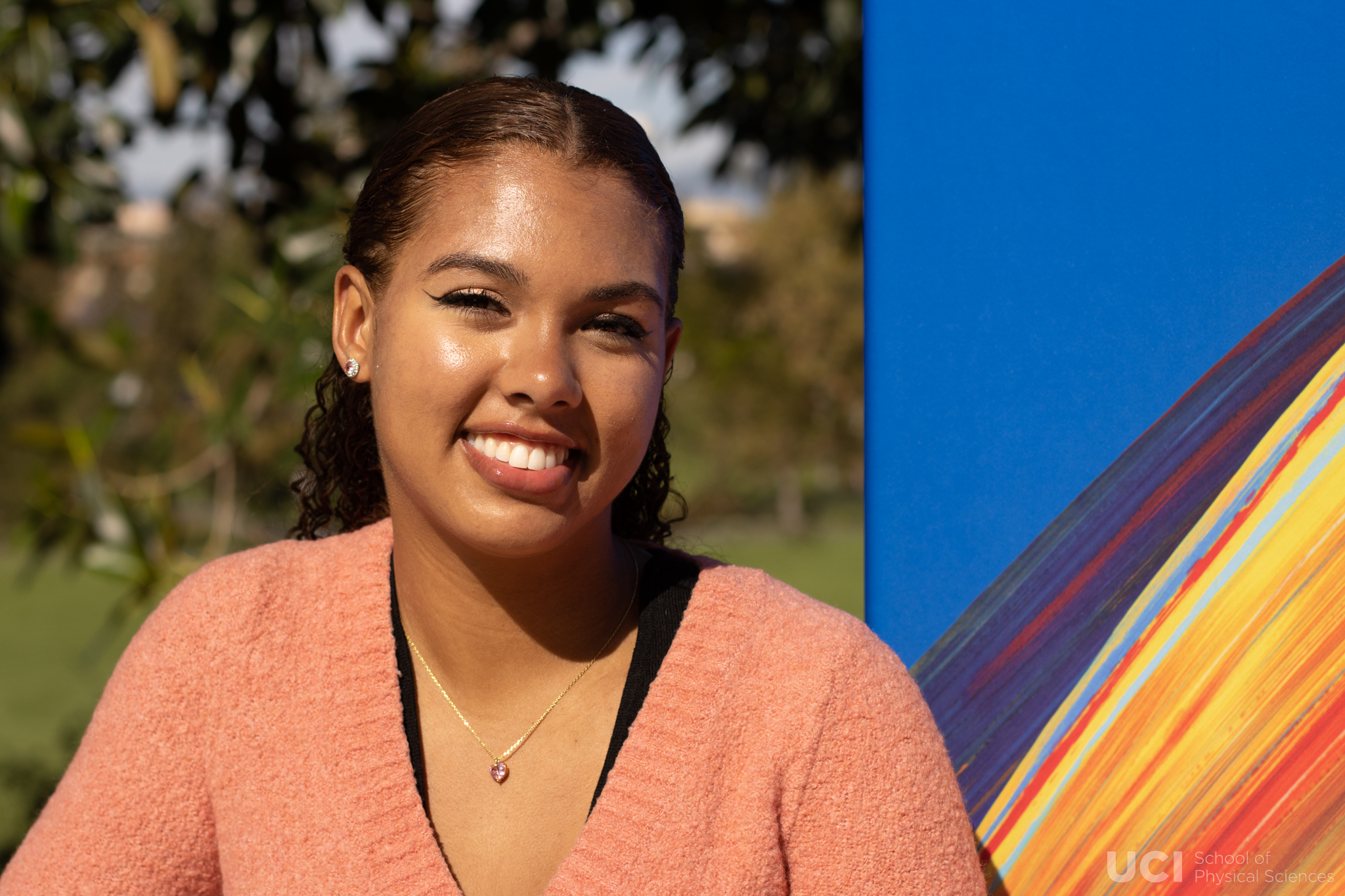 Among her memories of UCI, Perymon said one of the best is the one where Professor Julie Ferguson of the UCI Department of Earth System Science took her and her classmates out into Aldrich Park for class instead of staying indoors.

In our era of climate change, Kelly Perymon wants not only her voice heard, but the voices of all people from marginalized groups. That’s what drives her, and it’s the reason she spent her years here at UCI as an Environmental Science and Policy major in the Department of Earth System Science (ESS) and School of Social Ecology working in various ways to ensure humanity faces the climate crisis in as equitable a way as possible. It’s why she worked with ESS’s Professor Steve Davis to understand the ways in which rising global temperatures will disproportionately impact marginalized communities, which tend to live in places that stand to experience drastic temperature increases in the coming decades. And it’s why she applied for and became the student representative for the University of California’s Global Climate Leadership Council (GCLC), which saw her advocate for carbon-neutral initiatives at UC. “It was a lot of learning and listening,” Perymon said. “I’ve had chances to get the mic and say something on behalf of the students.” The UC GCLC is also working on restructuring and embedding equity “into every single part of their pillar structure,” said Perymon, who encouraged the committee on that initiative during their meetings. Perymon’s already changed the world around her, and she’ll keep changing it in the months ahead as she heads to UC Santa Barbara to enroll in their Master’s in Environmental Science and Management graduate program at their Bren School. “I want to continue my work in advocacy at UCSB, and strive to include a lens of equity in all my work as a master’s candidate.”