AIBECS: Bridging the Gap Between Ocean Modeling and Field Research 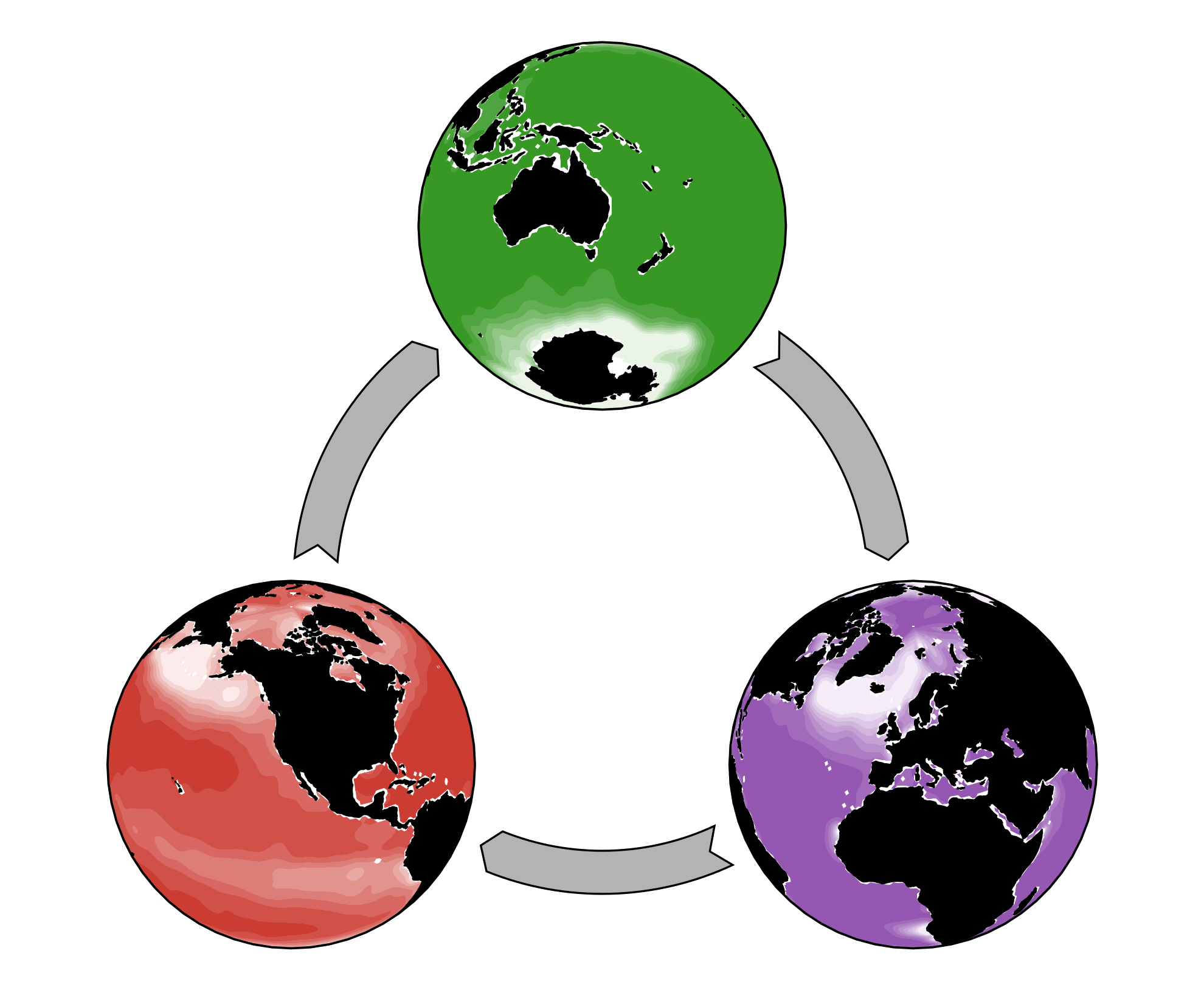 In a paper published earlier this year in the Journal of Open-Source Software, a group of oceanographers describe a computer program developed at UCI that models biogeochemical cycles on a global scale. The program, called AIBECS (Algebraic Implicit Biogeochemical Elemental Cycling System), is the first open-source tool for ocean modeling that is both easy enough for field researchers to use and powerful enough to provide publication-quality data processing.

François Primeau, Professor of Earth System Science at UC Irvine and co-creator of AIBECS, said the program does “state of the art mathematical modeling of ocean processes. It solves millions of equations, non-linear equations and millions of unknowns – things that are challenging for anyone.”

Before the development of computational modeling, or before there was acute interest in the state of the ocean, minimal analysis was necessary to publish data collected in the field. Today, with the ever-growing threat of climate change, collecting data from the ocean and understanding its role in biogeochemical cycles is an urgent and complex endeavor; such cycles have dozens of factors contributing to them, and most of those factors are relevant to multiple cycles. This makes computational modeling a necessity to fully understand the data’s significance.

“A lot of problems are not being done simply because there is no easy computational way to take them on,” said Primeau.

Modeling of the ocean is now at a level of complexity close to matching the real world. However, this type of modeling typically requires high-level expertise to perform – something most field researchers lack. This creates what Primeau describes as a division of labor between those who model the ocean and those who collect data in the field.

“One piece of data is inadequate to tell any kind of story about what is going on physically in the ocean,” Primeau says. “Lots of the things we are learning is by combining many measurements made by different labs by different people and very often over a long period of time because the environment is changing, so measurements that were made 30 years ago and measurements made today have to be combined.”

Under Professor Primeau’s guidance, former UCI postdoc Benoît Pasquier designed AIBECS to bridge this gap. AIBECS is a powerful package for inverse modeling, which is the practice of inferring immeasurable parameters from measurable data. Initially, Pasquier developed the program to run simulations of marine tracers – or indicators of ocean circulation – to model biogeochemical cycles. Eventually, other members of Professor Primeau’s Lab used the program to study a “biological carbon pump.” This “pump” is the cycle of oceanic phytoplankton taking in carbon dioxide from the atmosphere, converting it into mineral carbon, and excreting it into the deep ocean. You cannot directly measure the rates of this cycle, and so you must infer them based on multiple related factors that are measurable. By inputting such data into AIBECS, you can determine the rates, and thus estimate their greater impact on Earth’s climate.

While AIBECS allows for the input of such equations if desired, the most current models of the oceans’ circulation are already loaded into the program and can be swapped in and out with updated data as it becomes available. This flexibility and compatibility makes AIBECS an infinitely extendable tool.

In 2019, Pasquier took a postdoctoral position in Professor Seth John’s lab at the University of Southern California. That lab quickly adopted AIBECS to model the role of trace metal nutrients like nickel and cadmium in ocean lifecycles. Using the model, members of the lab integrated the most current ocean models using data collected around the world over hundreds of years. Since Pasquier’s departure from the lab, Professor John continues to use the program regularly, describing it as “incredibly powerful,” and “approachable for people who haven’t done modelling before.”

AIBECS is also an open-source tool, available for free on GitHub. When asked about their decision to open-source the program, Dr. Pasquier said “science should be done for the benefit of all, and its dissemination should be optimized, public and free.” Professor Primeau added that both scientists and academic journals are moving towards open sourcing because access to all collected data, past and present, is necessary for accurate and reproducible science, especially in computational modeling. This is especially pertinent considering the increasing rates of climate change. According to NOAA, Earth’s temperature has risen by 0.14° F (0.08° C) per decade since 1880, and the rate of warming over the past 40 years is more than twice that: 0.32° F (0.18° C) per decade since 1981. Creating accurate models is imperative for understanding how the climate is changing and preventing further harm from coming to it.

Primeau anticipates the development of training workshops to give researchers the confidence to use the program in their work. He hopes that “field-going oceanographers who would normally not have done this kind of mathematical modeling feel empowered to do it because the tools are available.”