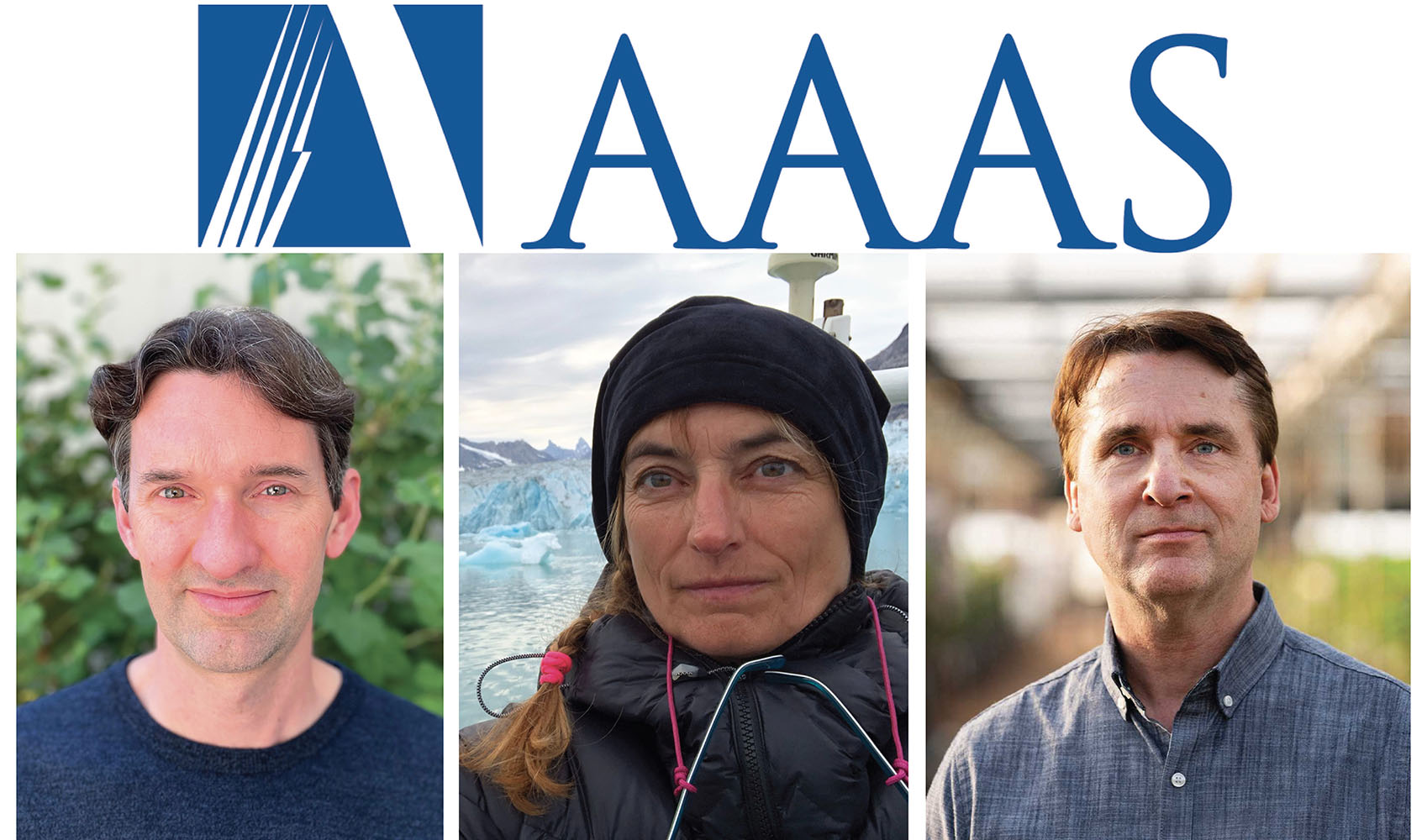 The names that pepper the list of scientists who are fellows of the American Association for the Advancement of Science (AAAS) are names that would be part of any encyclopedia entry on the field the scientist practices. This year, there are three professors affiliated with the UCI School of Physical Sciences who have become fellows.

Professor Steven Allison was nominated by one of his graduate school professors to become a AAAS Fellow last year in April, and just that was enough for Allison to feel honored. But now that he’s a fellow, he notes that “several of my close colleagues whom I look up to here at UCI are AAAS Fellows, and it’s a real privilege to become a member of that distinguished group.” Allison's research orbits around the mathematical modeling of how microbial activity will alter carbon concentrations in soils in the face of climate change. “I’ve also been recognized for my commitment to training a diverse new generation of graduate students to solve environmental problems with a cross-disciplinary perspective,” Allison said. “If we’re going to solve big problems like climate change, we need scholars from very different backgrounds working together to generate innovation.”

Professor Alex Guenther’s research deals with the Earth as one whole system, and so his research team is, fittingly, global. “I have been fortunate to have the opportunity to collaborate with scientists of diverse disciplines from institutions around the world,” Guenther said. “This has driven our development of observational and modeling tools that have enabled investigations to advance understanding of the intricate processes controlling biogenic emissions of volatile organic compounds and their role in the Earth system.” The Earth system exists at very small and also very large scales, and so Guenther’s work finds him and his team studying everything from how individual compound-creating cells behave in the lab to studying the entire planet using satellite data. “The overall largest contribution has likely been our efforts to integrate this knowledge into a numerical model that is widely used in air quality and climate modeling frameworks,” he said.

Professor Isabella Velicogna has spent her career working to understand the dynamics of melting ice sheets on our warming planet, changing paradigms in the process. “I have been using novel data from the time-variable gravity mission named GRACE to document changes in ice mass in the ice sheets and glaciers around the world, which was totally new at the time,” she said. “Our work was a defining moment to demonstrate that Antarctica was losing mass instead of gaining mass as models anticipated.” Constraining the intricacies of land ice melt using time variable gravity has further helped Velicogna and her colleagues to better study and understand changes in groundwater systems — something she described as having vast implications for water management and agriculture as ice around the planet continues to melt.