California is banking on forests to reduce emissions. What happens when they go up in smoke? 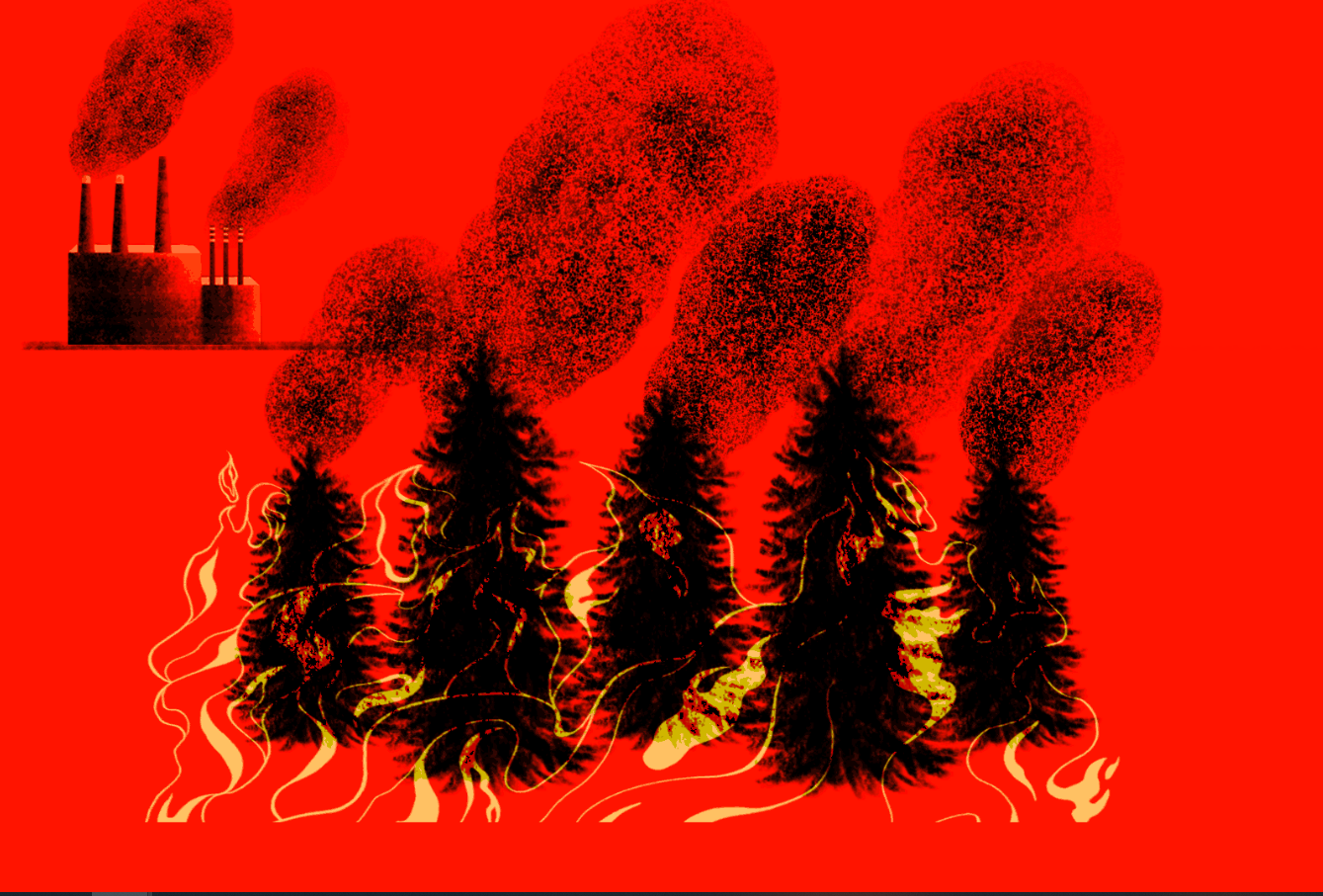 On a simmering afternoon in late July, against a hazy background of sun and sky, the Colville Indian Reservation was burning. Again.

The Summit Trail Fire, sparked by lightning, was scorching the upper northeast reaches of the reservation, spreading over 4,000 acres in a matter of days. As hundreds of firefighters worked to keep it contained, flames raced through fallen leaves and twigs, dead logs, and Douglas firs.

It wasn’t the first fire of the summer for Colville. The 1.4 million-acre reservation, which hugs the banks of the Columbia River in northeastern Washington, was also under siege by the Chuweah Creek fire, which started around the same time. Previous fire seasons had been even more devastating. In 2020, over 200,000 acres had burned. And five years earlier, two blazes ripped through 270,000 acres, roughly 20 percent of the reservation, displacing thousands and costing approximately $36 million in damages.

In some ways, the Summit Trail Fire was nothing unexpected. The past few years have seen record-breaking fire seasons in the American West, with blazes scorching more than 10 million acres in 2020. Climate change is partly to blame: Scientists estimate that since the mid-1980s, high temperatures and drier landscapes have doubled the area burned in the West.

But Colville was different in one crucial way: The Douglas firs and other conifers peppering the reservation were not just there to be turned into lumber, or for the tourists and residents who hike and camp along the southern half of the Kettle mountain range. Those trees were also intended to combat climate change by storing millions of metric tons of carbon in their trunks and leaves. The Confederated Tribes of Colville had enrolled sections of their forest in California’s state-run carbon offset market in 2015, effectively promising that the extra carbon stored in those trees would stay there for at least 100 years, canceling out some of the emissions of fossil fuel companies. And as the flames raced through the reservation, encircling tree trunks and burning through undergrowth, some of that stored carbon was spilling out.