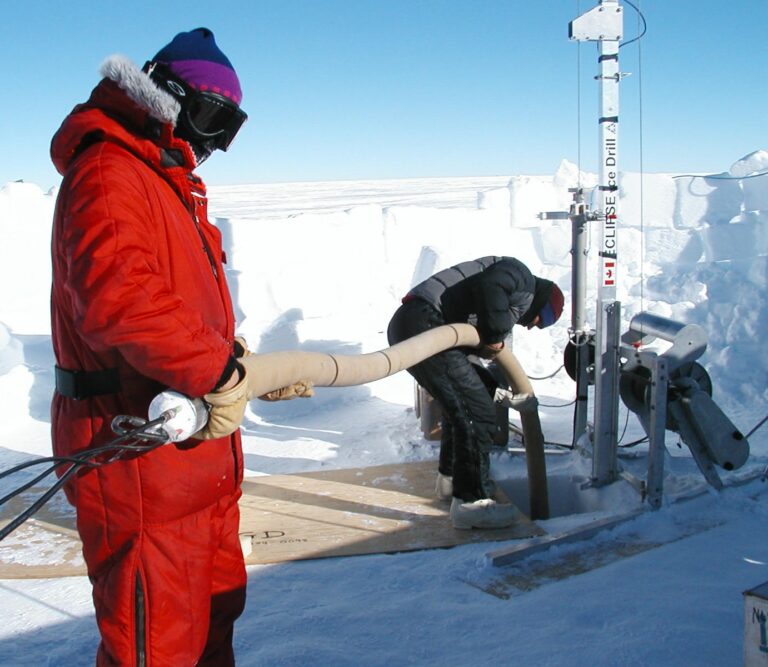 Researchers insert a vacuum line down a borehole in Megadunes, Antarctica, to pump air out of the snow pack. Researchers at UCI analyzed the “firn” air to determine that the amount of molecular hydrogen in Earth’s atmosphere has increased by 70 percent since the mid 1800s.

Earth system scientists at UCI studied air trapped in compacted layers of Antarctic ice and snow to come up with some answers and a few new questions about the amount of molecular hydrogen in our planet’s atmosphere. H2 is a byproduct of fossil fuel combustion, biomass burning and the oxidation of methane, among other sources, and has an impact on global warming and the ozone layer. The UCI researchers, who were joined by scientists from the National Oceanic and Atmospheric Administration, the University of Colorado Boulder and UC San Diego, learned that molecular hydrogen increased from 330 to 550 parts per billion in Earth’s atmosphere from 1852 to 2003, the time span measured in the firn air collected near the South Pole at Megadunes, Antarctica. The team reported its findings in a paper published recently in the Proceedings of the National Academy of Sciences.