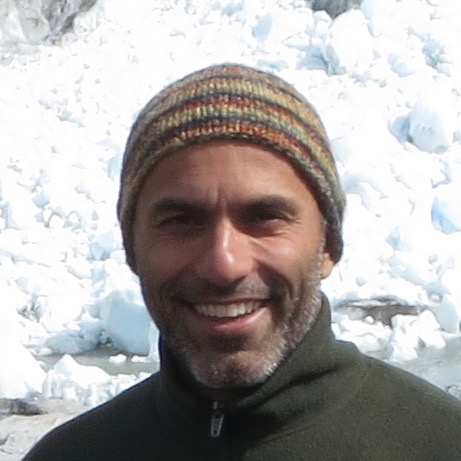 Abstract: Carbonyl sulfide (COS) is the most abundant sulfur gas in the troposphere. A 52,500 COS record was recovered from the SPC14 ice core recently drilled at the South Pole as part of the SPICEcore project. COS concentrations measured in ice from the last glacial period are significantly elevated due to production in the ice sheet that likely occurs in the firn. We find that ice core sea salt sodium ion (ssNa + ) concentrations are a good proxy for COS production and correct the COS measurements using the ssNa measurements from the SPC14 ice core. The production-corrected record shows substantially lower COS concentrations during the last glacial period than the Holocene. The last glacial/interglacial transition is marked by a 3 to 4 fold increase in COS from 50-100 ppt (parts per trillion) 18,000 years ago to 270-290 ppt 10,000 years ago. The COS increase during the last glacial/interglacial transition was primarily source driven. Multiple sources must have increased to cause the large COS rise, with large contributions required from ocean sources. Ocean COS sources include emissions in the form of COS, carbondisulfide (CS 2 ), and dimethylsulfide. Results suggest ocean sulfur gas emissions during the last glacial period were much lower than during the Holocene. Potential implications include direct and indirect feedbacks on climate via sulfate aerosols.